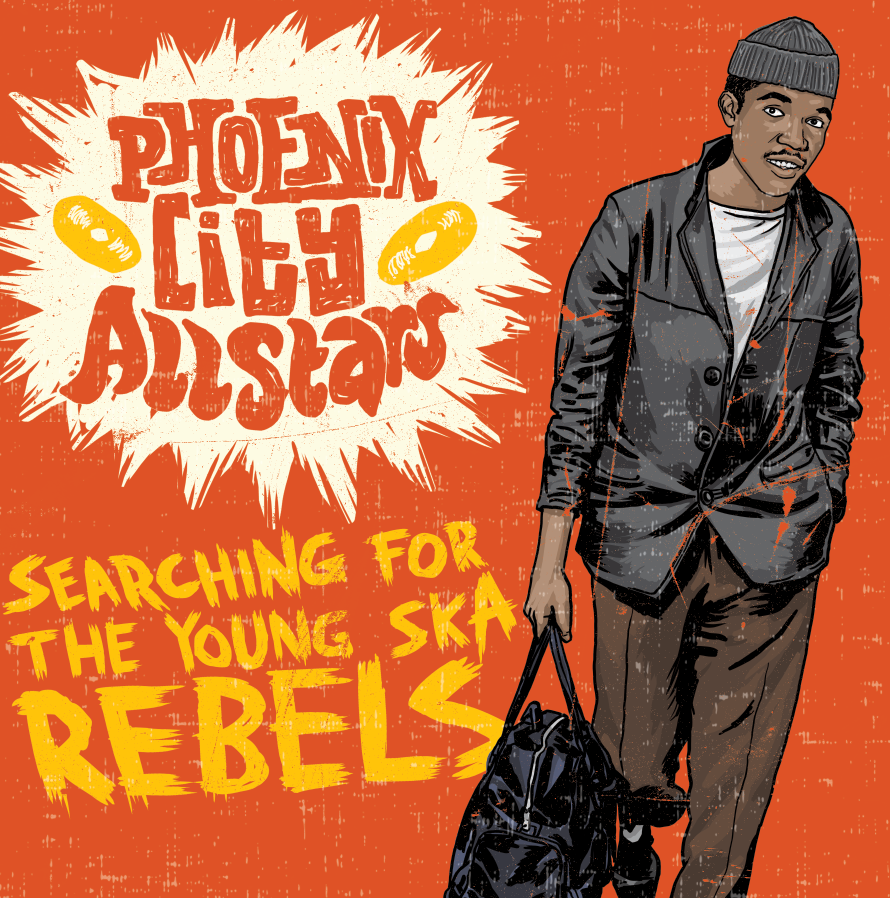 This year's annual London International Ska Festival is fast approaching (it's shaping up to be one of the best--see the incredible band list below), which means there's a new album forthcoming from the Phoenix City All-stars. For their third release--Searching for the Young Ska Rebels (a nice play on a certain band's 1980 debut record)--they're covering the Stax/Motown-influenced soul music of Dexy's Midnight Runners, and the album is timed to be released at the LISF in April (you can pre-order the limited-edition LP or CD now). Dexy's ska-related factiod: Jerry Dammers tried to sign them to 2 Tone.

If you don't know the band, the Phoenix City All-stars are led by Sean Flowerdew (of Pama Int'l and the organizer of the London International Ska Festival) and Lenny Bignell (The Sidwalk Doctors)--and their two previous albums are stellar Studio One takes on 2 Tone classics and Rolling Stones hits. Read The Duff Guide to Ska reviews of the Phoenix City All-stars' Two Tone Gone Ska and Skatisfaction here and here.

Wow! Anyone have free airplane tix to London and a place for me to stay?