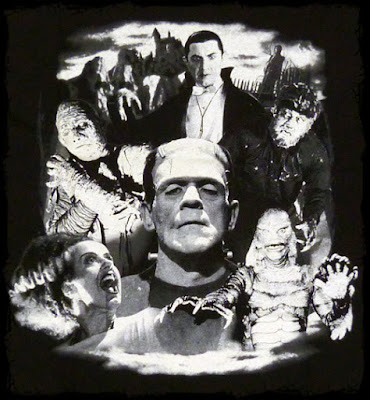 While I'm going to resist the urge to bastardize the English language by combining ska with the proper name of a holiday (secular or not), I'm happy to point out that there are many great ska gigs in NYC that you can attend this Halloween weekend--featuring some of the best bands our scene has to offer! (Why not make it to all of them--details on all of the shows are at the bottom of this post!)

I can't imagine a more appropriate ska band than Mephiskapheles to see when celebrating Devil's Night; they'll be at the Mercury Lounge this Friday night along with Hub City Stompers, 45 Adaptors, and, ahem, Hymen Holocaust.

On Saturday, once you're decked out in your brilliant costume for Halloween, if you have an affinity for ska and new wave, get yourself down to Toshi's in Manhattan to see Rude Boy George. Or if your tastes run more purist (or after catching one of Rude Boy George's sets), check out the Witch Dance at The Kimberlye Project in Brooklyn featuring The Frightnrs, The Far East, and selectors Grace of Spades, and Jah Point/Mush One featuring Screechy Dan.

Then, on Sunday (All Souls Day), after you've had a chance to recover, head to Brooklyn Bowl to catch Brown Rice Family and the Brooklyn Attractors.

Update (10/29/15): I've just learned that the Rude Boy George show at Toshi's on Halloween was cancelled--and I'm bummed by that bit of news. Having said that, make sure to catch them at FTC's Stage One in Fairfield, CT on 11/4/15 with The Skatalites and/or on 11/13/15 at the Knitting Factory Brooklyn with Mustard Plug and Survey Says!