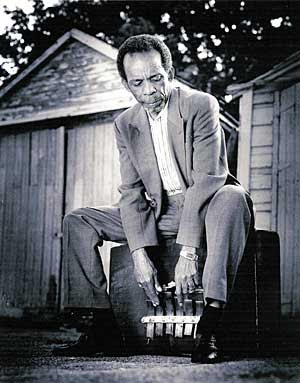 Here's a disturbing piece of news via the Jamaica Observer (anyone out there know where his family is/can help?):

Lord Tanamo had a stroke last year June that has left him unable to speak.

Pioneer ska singer Lord Tanamo has lost his ability to speak and is now living in the Lincoln Place of Nursing Home, Toronto, Canada. The 74-year-old former vocalist of the Skatalites Band has had a stroke that has left him unable to speak for some time now.

In an e-mail sent to his booking agent Brian Keyo of Tallawah Entertainment, Lord Tanamo's doctor Michael J Taylor expressed concern that the friends and family of the veteran entertainer, born Joseph Gordon, are not aware of his condition or whereabouts.

"Sadly, Mr Gordon has had a stroke that has left him unable to speak. Over the last several weeks, he has had no visitors and we have had limited success in contacting any family members," stated Dr Taylor who is also calling on the wider music fraternity.

"I'm hoping that you can assist me in locating anyone who would be interested in visiting Mr Gordon and providing him with support in this difficult time," he pleaded.

Locally, organisations with mandates to offer such support are the Jamaica Association of Vintage Artistes and Affiliates (JAVAA), the Jamaica Federation of Musicians (JFM) as well as the Ministry of Information, Culture, Youth and Sports.

Born in Kingston in 1934, at 20 years of age, Joseph Abraham Gordon, who in time became known as Lord Tanamo, made his earliest recording in 1954 for Jamaica's first music producer, Stanley Motta, which was a mento style release called Crinoline Incident.

As an exponent of the rumba box (an essential element of mento), Lord Tanamo helped to create the ska beat by combining elements of calypso gleaned from Lord Kitchener's songs. As lead vocalist and emcee for the Skatalites he recorded his best known song, I'm In The Mood For Ska.

After the Skatalites broke up, Lord Tanamo was employed by the Jamaica Tourist Board (JTB) and travelled to Canada where he played mento and reggae at cultural events.

Eventually he emigrated to Canada where his Toronto Mento Group became the Toronto-based quartet for the late keyboardist/composer, Jackie Mittoo.

On a return trip home he recorded a cover of Brook Benton's Rainy Night In Georgia which remained seven weeks at number one on the Jamaican hit parade. And on another visit to Jamaica he recorded for producer Bunny Lee, an album called Calypso Reggae.

In June 1983, the Skatalites reformed for the first time. And under the auspices of a reunion gig, Lord Tanamo gave a sensational performance at Herbie Miller's Blue Monk Club in Kingston.

On his self-produced set in 1994, called Skamento Movement, Tanamo compiled 15 of his ska and reggae tunes. After a tour of Europe with Germany act Dr Ring Ding and Senior All Stars, out of which came the album, Best Place in the World, at the 2002 Legend of Ska Concert in Toronto, Lord Tanamo led a mento quartet that performed between the ska sets.

Those shows were filmed and are currently being shopped as a documentary of the Jamaican version of Buena Vista Social Club. Such is the measure of the trailblazing Jamaican artiste who is now forgotten and abandoned in a nursing home in Canada.
Posted by Steve from Moon at 9:15 AM