You're Wondering Now: Jerry Dammers vs. The Specials 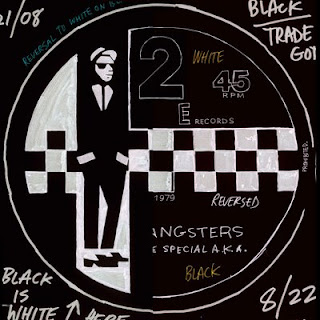 Reading between the lines, it seems like Jerry doesn't want the tour to be a nostalgic, note-by-note faithful re-creation of The Specials circa 1979--he, I think rather admirably, wants something else in the mix (new songs, updated interpretations of the classics, etc.). After all, we've had various combinations of The Specials and other 2 Tone-era groups touring the land since the mid 90s (Special Beat, anyone?) playing all the old hits. Also,it seems like Jerry and Terry still haven't worked out their differences since 1981...

As an avowed radical he [Dammers] is disturbed by what he sees as the "extremely conservative" musical approach of his peers and alarmed by their plans to dress in tonic suits made by a company that boasts of the exclusively British origin of its garments. "Is that what The Specials was about? I don't know," he asks rhetorically. They may have had a big skinhead following, but The Specials were a great symbol of racial harmony, and after the first break-up Dammers went on to compose the anti-Apartheid anthem "Free Nelson Mandela".

Before he finishes talking, Dammers asks me to switch the voice recorder back on to say he still hasn't given up hope of participating in the reunion, even at this late hour. He seems pained that he and Hall have grown so far apart. "Obviously I made loads of mistakes in The Specials. I'm not trying to take all the credit. But Roger Daltrey stuck with Pete Townshend through his development as a human being and I think Terry [Hall] owes me that, given it was my songs that brought him to the attention of the public in the first place."

The other six Specials, he believes, will read this piece. "They will either react against it, or stop and think about what I'm trying to say," he says. "I never give up. Maybe they will have a change of attitude."

it's like the whole DK feud, you just don't know what side to be on.

I have the sense that Jerry wants nothing but the best for The Specials--and has a very clear and defined notion of what that should be.

Having said that, it probably must be difficult for the other band members to deal with someone who may be unyielding in his vision and expectations for the band...

It would be great if they could find some happy medium and all play together on stage! I'd pay to see that.