NPR Shows the Ska Love with Coverage of Releases from The English Beat, Ernest Ranglin 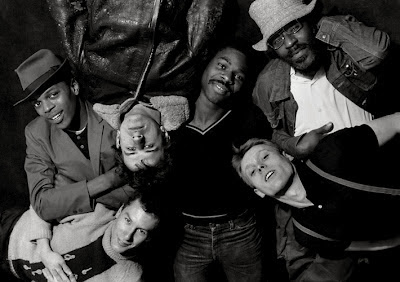 Maybe it's the demographic of the people now running the music end of things at National Public Radio (NPR)--they were probably teenagers when 2 Tone, and The English Beat in particular, won over legions of American New Wave kids and stormed the playlists at modern rock and college radio stations in the late 70s and early 80s--that would explain why there have been two ska/reggae related pieces recently broadcast nationwide, one covering The English Beat's career (in conjunction with the re-release of their catalogue on Shout Factory) and the other reviewing Ernest Ranglin's new album.

What is particularly refreshing is that both pieces were written and recorded by music writers who are clearly knowledgeable about ska, reggae, jazz, and 2 Tone (I've read hundreds, if not thousands, of reviews and features related to ska and a lot of people just don't get it right).

So when you have a about 10 minutes, give a to listen to Ed Ward's recounting of The English Beat's all too short existence in Out Of Industrial Wasteland, The English Beat Was Born; and Banning Eyre's review of Ernest Ranglin's Avila (Avila Street Records): A Ska And Jazz Innovator Bridges Continents And Decades.

(Photo of The Beat by Adrian Boot)