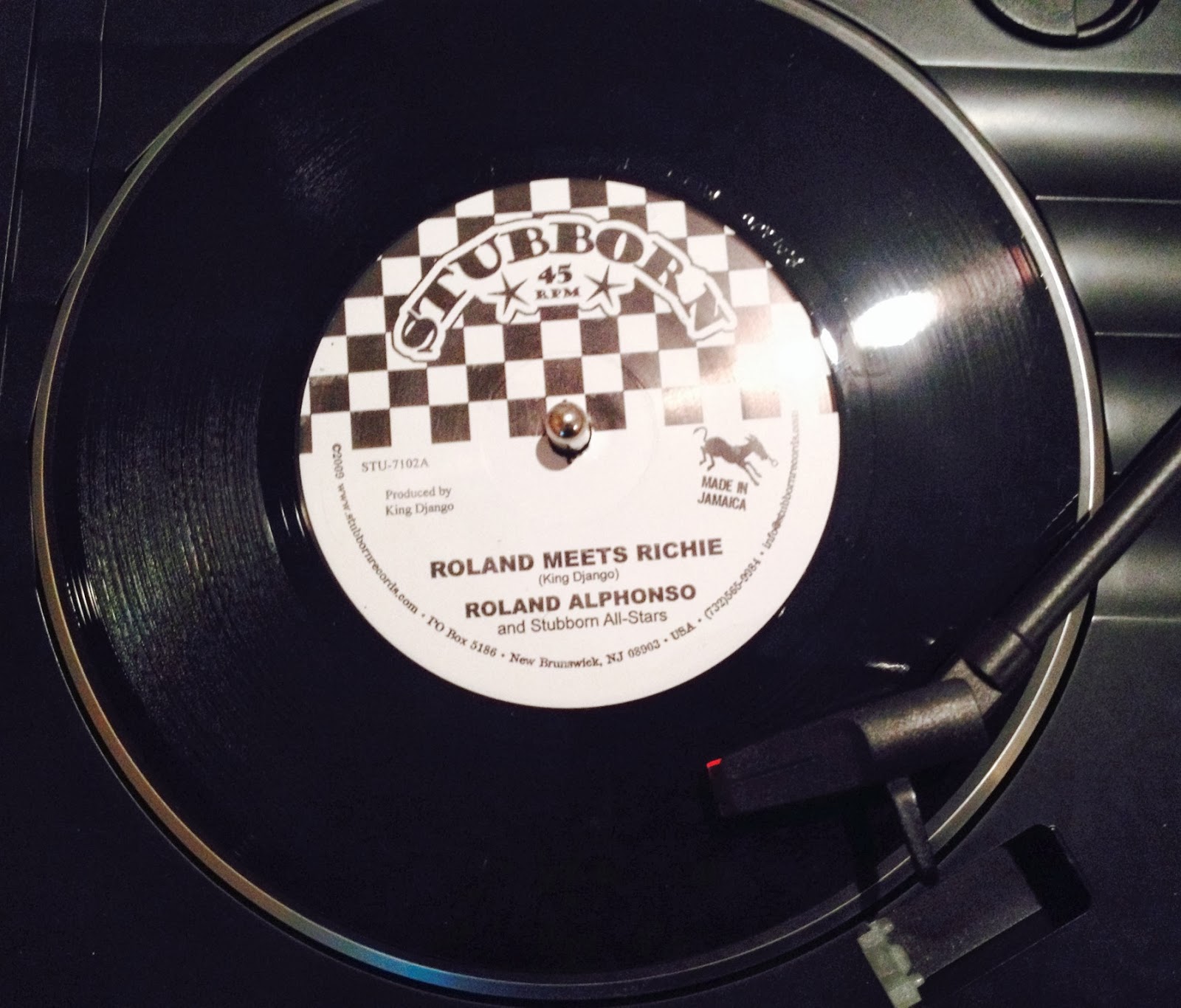 It's hard to believe that the stunning 1995 debut Stubborn All-Stars album Open Season was released almost 20 years ago (!), just as the so-called Third Wave of ska was about to burn white hot in the USA. Almost overnight, this supergroup of New York area ska musicians led by Skinnerbox's King Django became one of the most popular and acclaimed traditional ska bands on the US scene (which led to a collaboration with Rancid for the Beavis and Butthead movie soundtrack and a high enough profile for MTV news coverage)--and the Stubborn All-Stars went on to release one of the finest albums recorded of that entire era, 1997's Back with a New Batch (the boys in Rancid and Dicky Barrett of the Mighty Mighty Bosstones lent their background vocal stylings to this effort).

This single revisits one of the top, aggressively hard-hitting instrumental cuts off of Open Season--"Rich Morrissey" and its version "Roland Meets Richie" featuring the late great and very much missed Skatalite Roland Alphonso--but these are pristine new mixes that make the tunes sound better than ever. Ska vinyl freaks like me, as well as SAS fans and completists, are absolutely going to want to pick this up for its collectibility (a version of "Open Season" appeared on 1994's "Old's Cool" 7" EP and then two additional versions--the album cut and a 15th anniversary remix--were released on a single in 2009), but it's also a terrific excuse to rediscover just exactly how good these songs were in the first place.
Posted by Steve from Moon at 10:08 PM

Oh, man, was this a great album.