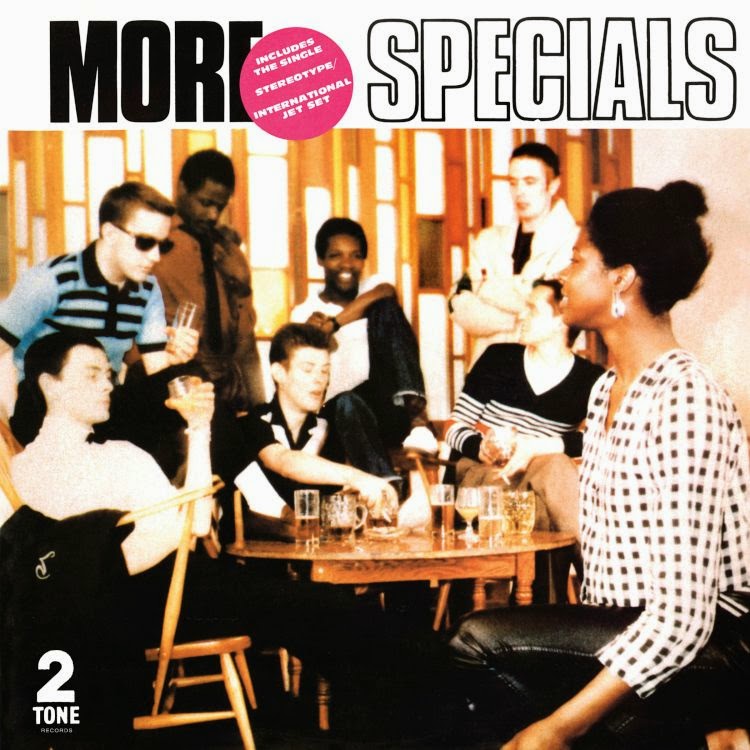 Following The Specials' recent Record Store Day single (which contained previously unreleased dub mixes of "Rat Race" and "Sock It To 'Em, J.B!"), Rhino Records in the UK is re-issuing The Specials' first two albums on heavyweight vinyl. Of course, these are the British versions of the releases--so The Specials (available in the UK on June 9, 2014) doesn't include "Gangsters," but (and this is pretty cool) More Specials (already released in the UK) sports a free 7" single like the original release: "Braggin' and Tryin' Not To Lie" by Roddy Radiation and The Specials b/w "Rude Boys Outa Jail" by Neville Staple AKA Judge Roughneck.

The pre-order of the imported version of More Specials (released on May 6, 2014 in the USA) on Amazon.com will run you a steep $50 (!), so you might want to try Amazon.co.uk, where it's about $38 (though you'll then have to pay a bit more for shipping).

May 15 update: You can pre-order More Specials in the USA from Insound for about $22...

Also, earlier this month, The Specials released a video of a new arrangement of Lynval Golding's ever-relevant "Why?' from the stellar 1981 "Ghost Town" EP. Check it out below and see what you think...

LOVING IT WHERE CAN I BUY IT.

Not when/sure if this new version of "Why?" is going to be released, but I'll make inquiries!

5016Thanks Steve, Can i have an address so i can send you a copy of my debut album,to listen to.