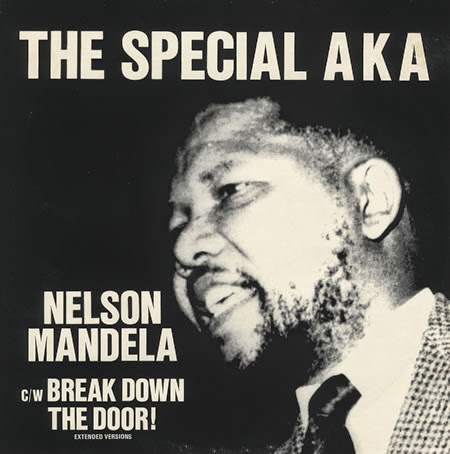 The Guardian and BBC are reporting that Jerry Dammers is being awarded the Order of the Companions of OR Tambo by the South African government "for outstanding work benefiting the country" in recognition of his incredible song "Free Nelson Mandela," which was recorded and released by The Special AKA in 1984. The song raised worldwide awareness about the oppressive and inhumane South African apartheid government and its terribly cruel treatment of Nelson Mandela (who was jailed as a political prisoner for 27 years) and the African National Congress, the political party/resistance movement organized against the apartheid system.

Dammers will receive the award (one of South Africa's highest) this weekend at Freedom Day in Pretoria--which marks the 20th anniversary of South Africa's first democratic elections after the fall of apartheid rule (when Nelson Mandela was elected president).

The award is named after Oliver Tambo, the formerly exiled president of the ANC; his son Dali was the founder of Artists Against Apartheid who asked Dammers to start the UK chapter of this organization back in the 1986 (listen to several audio interviews with Dammers about his involvement with Artists Against Apartheid and how he came to write "Free Nelson Mandela").

Here is Dammers' reaction to receiving this award, as quoted in The Guardian:

"I never expected anything like this when I wrote the song," Dammers said. "It's a fantastic honour and it's amazing that it's remembered in South Africa. But it's important to remember that I did what any decent person would do in my position. And it's nothing compared to the sacrifices the people in South Africa made to fight apartheid."

We'll have a more in-depth post up in the near future about "Free Nelson Mandela's" cultural and political impact.

Email ThisBlogThis!Share to TwitterShare to FacebookShare to Pinterest
Labels: Jerry Dammers, Nelson Mandela, The Special AKA, The Specials