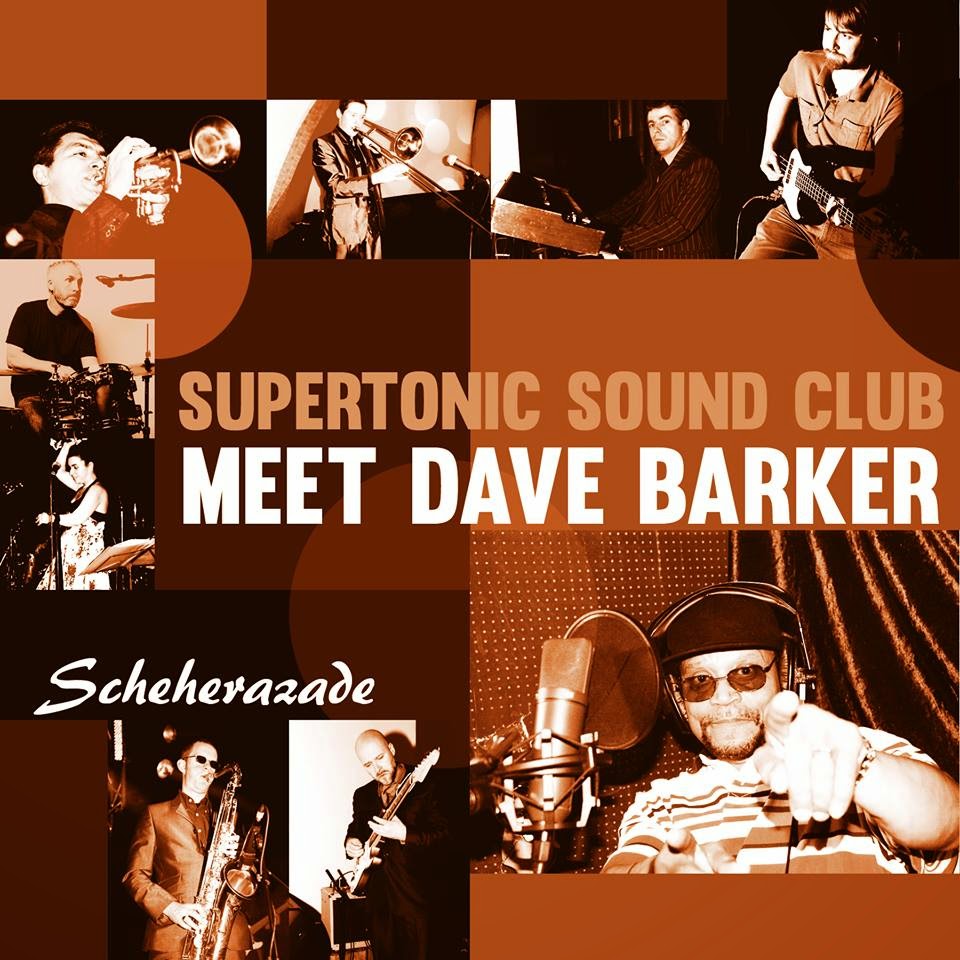 Dublin-based ska/reggae crew Supertonic Sound Club return to the scene (they've been on hiatus since 2010) with a spectacular new single featuring skinhead reggae great Dave Barker (of Dave and Ansell Collins fame). "Scheherazade," a tribute to the mythical Persian queen and storyteller of "One Thousand and One Nights," is a great, propulsive, Middle-Eastern-influenced ska track that recounts the legend with Barker narrating the story with his spoken/sung vocal exhortations. (If you're not familiar with "One Thousand and One Nights" AKA "Arabian Nights," Scheherazade avoids being killed by Shahryar, Persian for king--who has been marrying a new virgin every day and consummating the marriage each night, but having them beheaded the next, since he was so profoundly hurt by his first wife who had been sexually unfaithful to him--by telling him a series of fantastically compelling stories each night, but stopping at dawn in the middle of each story with a cliffhanger, so that Shahryar would be compelled to spare Scheherazade's life in order for her to be able to finish the tale that evening; this is repeated night after night...)

"A king broken-hearted, in anger and pain
For the women he met before were slain
Then you came along
And helped to make things right
You turned his darkness into light

Scheherazade
Truly, the king's delight
In one thousand and one nights
You made everything right
You made him laugh
And you made him live
Gave him all the love
You had to give

A woman so great
With so much love to give
Shared it all with the king
And truly, truly lived

Scheherazade
Truly a woman of heart
And the king saw your beauty
Right from the start
You took him from death
And gave him life
Became his queen, his love, and, yes, his life"

"Little Boy" is a sweet ska ditty (though a Brill Building heart is beating somewhere within), with the fantastic Shelly Bukspan on vocals, about a troubled kid headed down the wrong path in life:

"Hey, little boy
Tough to break out of the scene
With no dad
With no dad and no dream

But you cannot say
What you wanted to say
And you struggle with it every day
Fighting his words, just to prove yourself
When the only one you hurt is yourself

Will you ever be at peace?
Can you find the release?
Little boy
Oh, little boy..."

Hey, little boy
You're not the same
Thinking outside the box, now
You don't play the game

Hey little boy,
No need to run
You will find your way, now
But tomorrow there'll be hell to pay"

The Supertonic Sound Club are clearly a gifted and thrillingly original band. Get this single and keep your eye on this band--you're going to want to hear what they do next!

(Check out the terrific video for the Supertonic Sound Club's "Scheherazade" by Declan Moran--and learn how to pronounce her name while you're at it!)