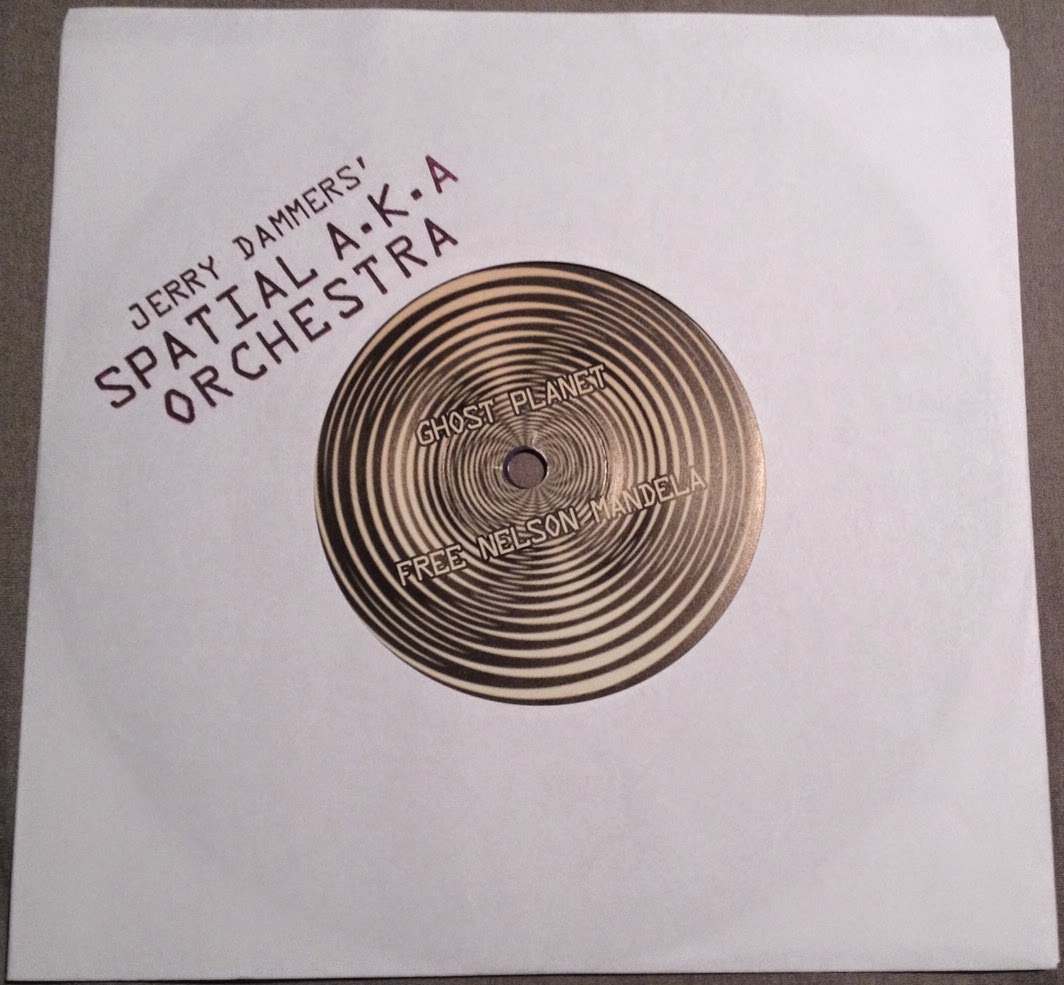 If you've lost the thread on Jerry Dammers over the past few years (he refused to be part of the spectacular Specials reunion tours of 2010, 2013, and 2014, but has been regularly DJing at clubs in the UK and continues to be involved in anti-racism organizations and activities, like Love Music, Hate Racism), you may not be aware that he has a new-ish group, the Spatial AKA Orchestra, which Dammers formed in the mold of--and as a tribute to--the late cosmic/free-form jazz pioneer Sun Ra (read what I wrote about The Spatial AKA Orchestra a few years ago here).

While some may be puzzled by Dammers' latest musical incarnation, the evolution from the muzak/lounge-influenced ska of the More Specials album and Ghost Town EP to the mix of no wave jazz, soul, reggae, and world beat of The Special AKA's In the Studio to the cosmic jazz of the Spatial AKA Orchestra shouldn't be that unexpected or jarring (Dammers himself has been quoted as saying, "Ska to Ra is not such a big leap. The best instrumental ska consists basically of a sort of dreamy, spiritual jazz, over a street rhythm.”). The Spatial AKA Orchestra (a brilliant 25 piece band that counts amongst its members ska legend/Specials and Special AKA member Rico Rodriguez, Madness collaborator/member of 2 Tone act The Higsons and saxophonist Terry Edwards, poet Anthony Joseph, and a slew of top UK jazz performers) has been gigging somewhat regularly in the UK and Europe (they played in London this past July), but they haven't officially released any recordings to date (nor is there any information out there about plans to go into the studio from the elusive Mr. Dammers).

So, it looks like the unnamed people behind the Ska Boots series are filling what demand there may be for recorded music from The Spatial AKA Orchestra (as a former ska indie label guy and current member of a band I'm generally very reluctant to purchase bootlegs--bands should get paid for their music--but the obsessive music/vinyl fan in me sometimes overrides my ethical concerns). The Spatial AKA Orchestra's "Ghost Planet" b/w "Free Nelson Mandela" 7" single is derived from live TV performances of the band--"Ghost Planet" is from a 2010 "Later...with Jools Holland" show and "Free Nelson Mandela" comes from a Channel 4 BBC TV appearance.


The Spatial AKA Orchestra's "Ghost Planet" is an even angrier and more searing version of The Specials' extraordinary 1981 hit "Ghost Town" and its updated lyrics--as one of the members of The Specials' fan site so accurately and succinctly describes it--are "a damning summation of decline."

The reggae groove of the original has been worn down to a plodding (death) march to oblivion in this version, but it's as haunting and powerful as the original--maybe even more so, since humanity is still plagued by many of the same formidable problems we were facing back in 1981 and then some.

"Free Nelson Mandela" is a much happier affair--musically, not too dissimilar from the original--and presented as an instrumental, perhaps because the lyrics are no longer relevant, with Mandela long-ago freed (and now free of this mortal coil), and the South African apartheid system of governing peacefully dismantled years ago.

Email ThisBlogThis!Share to TwitterShare to FacebookShare to Pinterest
Labels: 2 Tone, Duff Review, Jerry Dammers, Rico Rodriguez, Terry Edwards, The Higsons, The Spatial AKA Orchestra, The Special AKA, The Specials