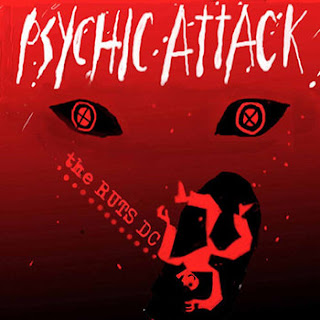 The Ruts DC "Psychic Attack" b/w "Vox Teardrop (Instrumental)" (clear vinyl single/CD single/digital download, Sosumi/Westworld Recordings, 2016): While their last record, the amazingly good Rhythm Collision Volume 2 (2013)--check out songs like "Mighty Soldier" or "Smiling Culture," was all reggae and dub, the new Ruts DC single in advance of their Music Must Destroy album is much more on the punk rock tip. The tightly-wound, hard-hitting "Psychic Attack" is about trying not to succumb to the people who're trying to grind you down ("Heart's in the basement/Death's at the door/I don't know if I can take any more... Somebody hit me with too much poison/Somebody hit me with too much pain/I'm falling back, but I feel like I'm frozen/And it's happening again and again and again..."). After the mad tension of that fantastic track, the groovy, almost mod-like "Vox Teardrop (Instrumental)," presumably a tribute to the famed guitar, is sweet relief. Few bands can do both punk and reggae so well--just ask Dennis Bovell (who in the September 2016 issue of Mojo declares, "Segs and Ruffy were the only punks who could play reggae"). 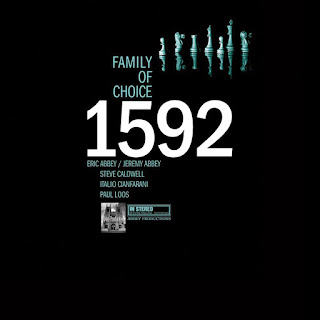 1592 Family of Choice (CD/digital download, Abbey Productions, 2016): Like their battered and decaying Detroit hometown (where the American dream crashed and burned), 1592's seriously groove-filled brand of rocksteady and reggae (fuel-injected with 1960s soul and garage rock) is often dark or melancholy, but always proudly defiant and determined to see things through (from album opener "Different Track": "I'll be willing to bet/There's light left in me yet"). Standout songs on this terrific album include "Lonely Road" (which you sometimes have to traverse when you're doing the right thing), the sing-along "Fight for You" ("If you say you'll stay with me/We'll never see defeat/Woah, woah/I'll always fight for you"), and the ass-kicking instrumental "Hooligans." Proof that music keeps you going in life, despite all the forces arrayed against you, is the incredibly infectious "Move Your Feet": "I been waiting my whole damn life/Just to get up out of this old town/It's been running and running me back/But my feet haven't left the ground, no, no/We'll I've been trying my whole damn life just to figure out what she wants/She's been messing and messing around and can't even see the taunts, no, no/I've been trying my whole damn life just to figure out what she means/She's been pushing and pushing me back and I can't even see between, no, no/You've got to move your feet/As I drop this rocksteady beat/Jump up out of your seat/As I drop this rock, yes!" 1592's Family of Choice makes me wish I lived closer to Detroit, so I could see them play much more frequently and because I'd hope to have stand-up guys like these in my corner.