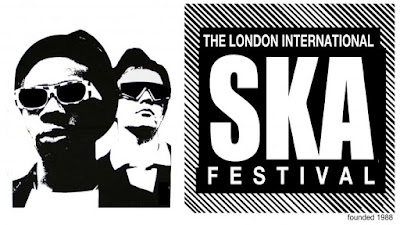 Sean Flowerdew, organizer of the long-running London International Ska Festival (and member of such illustrious bands as The Loafers, Pama International, and Phoenix City All-Stars), has launched a crowdfunder to help keep the festival (whose very existence is being threatened by its debt burden).

I'll let Sean make his pitch below (do read it, please), but I do want to let you know that there are all sorts of simple and rewarding ways for you--ska fans worldwide--to help Save the London International Ska Festival. You could do this by donating £5 for a raffle to take place this October (with prizes ranging from a £250 voucher to Merc clothing, a 250 voucher to Modfather clothing, a Trojan Records bundle, a Greensleeves Records bundle, a Cherry Red Red Records ska bundle, tickets to LISF Clash tribute or 2 Tone Thames cruises, signed LPs from Lynval Golding, Toots Hibbert, Mad Professor, and others, a subscription to Do The Dog Skazine, and much more!); pre-ordering the fantastic new Rudies All Around 18-track international ska compilation (CD, LP, digital) or the much-antipated Clash Version Rockers by the Phoenix City All-Stars (both albums start shipping out around September 21, 2018); or if you're planning to be in London or live there, consider buying advance tickets for one of the LISF club nights or river cruises this fall!


I've already pre-ordered the Rudies All Around and Clash Version Rockers albums and am about to pick up one of those raffle tickets (since you've got to be in it to win it). The Save the London International Ska Festival crowdfunder campaign only lasts until September 18, 2018, so if you want to do your part, you really do need to act now.

Sean Flowerdew: "I founded The London Intl Ska Festival in 1988. Since then we've celebrated all things ska, from its roots in mento, calypso and rhythm & blues and onward through its evolution into rocksteady, reggae, dub, 2 Tone, skapunk and beyond. 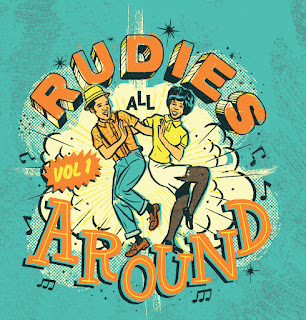 Since 2011 the festival has been operating with substantial debts, which despite some great support and fundraising still total over £50,000. In the last 8 years, although I haven't ever taken a penny from the festival or been paid for any of the work, I have been able to keep the festival going year to year and paying off debts as I go. This unfortunately has taken its toll and I can no longer afford to fund the festival by myself.

So I'm reaching out to ska lovers around the world, to people who see the importance of our historic festival and to all the people who have enjoyed the shows over the last 30 years.

The aim of this crowdfunder is to try and #SaveTheSkaFest and clear the historic debts once and for all. Then The London Intl Ska Festival can move forward and continue to programme world-class and world-exclusive shows. You can help in a number of ways.

You can donate using this campaign, or purchase any one of our rewards which include badges, our compilation CD & LP Rudies All Around (featuring 18 fantastic bands from 13 countries), or tickets for any one of our events (all listed in the rewards). I will also be adding some more rewards next week. 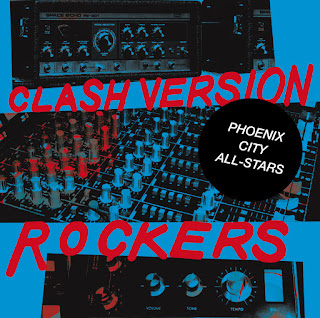 I would love to continue the festival. The next one is in the diary for 18-21 April 2019. If you'd like to see The London Intl Ska Festival continue please support if you can afford to and share this campaign with anyone you know who loves ska!"