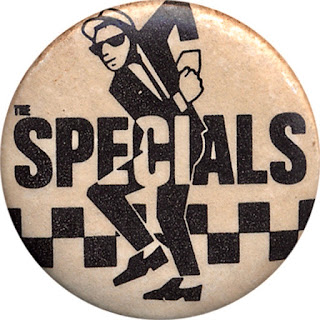 Details are few and far between, but yesterday Specials' bass player Horace Panter revealed on his Facebook feed that he had spent his birthday recording tracks for a new Specials album (with original members Terry Hall and Lynval Golding), which is slated for a February 2019 release (he also posted this news on Twitter today). Specials biographer Paul Willo has apparently heard some of the tracks and commented online that they're "brilliant."

Since other 2 Tone-era acts--Madness, Dave Wakeling's Beat, Ranking Roger's Beat, Pauline Black and Gaps Hendrickson's Selecter, and The Bodysnatchers/Special AKA's Rhoda Dakar--have been releasing new music of late, it's good to see the remaining members of The Specials finally making a go of it.

Much more will be revealed in the coming months, no doubt (The Specials' official website hasn't been updated in eons). But stay tuned.

Neville and Roddy are putting out an album as well. Seriously put your differences and your wife aside and all record together.
Last few times I've seen the Specials it's not the same without Neville, Roddy and JB(RIP). I don't think Terry could have been more disinterested if you paid him. Oh we did. Terminal 5 and Punk Rock Bowling Festival at Asbury Park.