"Rudeboy: The Story of Trojan Records" To Be Shown at DOC NYC Festival! 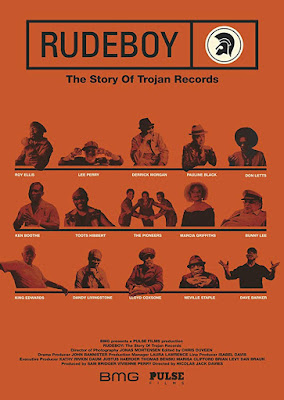 Ska fans in the NYC area should take note that there will be a single screening of the new Trojan Records documentary "Rudeboy" on Wednesday, November 14, 2018 at 9:15 pm at the SVA Theater in Chelsea. The film is being shown as part of the DOC NYC film festival. (I've bought my tickets already and if you're interested, you should purchase them in advance now.)

Trojan Records is releasing a soundtrack to the film on both CD and LP; the CD is available now, while the LP will be issued on 11/9/18 (both can be ordered now through Amazon in the USA). Long-time fans will have the majority of these (classic) tracks, but new converts to the cause will have an incredible collection of reggae music to feast on.

Lastly, make sure to watch this preview of the movie that was broadcast on BBC News recently. If this doesn't convince you to go see "Rudeboy," I don't know what will!