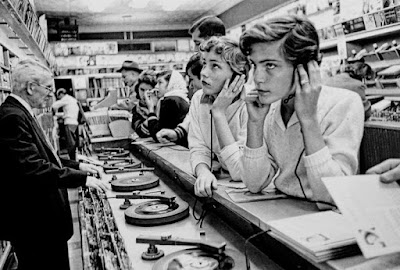 Buford O'Sullivan and the Robots "Rico Beat" b/w "Stolen Soul (The Exhumation Ska)" (digital single, Sullico Music, 2019): These are two new and very welcome sides of top-notch traditional '60s-styled instrumental ska from trombonist Buford O'Sullivan (Easy Star All-stars, The Scofflaws, Brooklyn Attractors, NYC Ska Orchestra, The Huffers, and more). "Rico Beat" is, of course, a bright and bubbly tribute to the beloved Skatalites/Specials trombone legend (the doubled trombones are a lovely touch), while the mysterious/dark arts track "Stolen Soul (The Exhumation Ska)" sounds like a primo Scofflaws track, back when Drance and Rice were among their number. Rumor has it that these tunes may be pressed on vinyl some day--and they're more than worthy of a physical release.

The Crombies Wee Beasties (3" mini CD, Jump Up Records, 2018): This collectable throwback to the 1980s (yes, these odd mini CDs were actually a thing back then -- I.R.S. Records made them for The Beat's "I Confess" and "Save It for Later" singles) features Chicago's kick-ass 2 Tone band on a mix of seven previously unavailable live cuts and harder to find tracks (like their great version of Bob Marley's "Hooligans" for the Specialized One Heart charity album and related single, which also found its way onto the Pressure Hop Jump Up/Ska Brewing sampler given away at the 2017 Supernova International Ska Fest). Of the live recordings, their rendition of Madness' "The Prince" is pretty spectacular and it's kind of funny to hear them play a bit of Norman Greenbaum's "Spirit in the Sky" while fruitlessly waiting for beer to make its way to the stage before launching into The Specials' "Hey Little Rich Girl." Technical note: You'll need a CD player with a tray to play this; forget about sticking it into a computer disc drive! And for those still sporting flight jackets, there a nice Crombies patch included with each mini CD.

Yellow Cap Too Fucked To Go (CD, Pork Pie Records, 2018): First off, if you're a fan of the fantastic late '80s/early '90s German ska scene/sound (think The Busters, No Sports, The Frits, Skaos, The Butlers, El Bosso und die Ping Pongs, The Braces, Blechreiz, etc.), then you're pretty much guaranteed to love Yellow Cap's supercharged, good times 2 Tone/modern ska. The cover illustration of Too Fucked To Go depicts a rude boy splayed on his back, his brew in hand pouring out onto the ground, and, most alarmingly, his body is literally breaking up -- but there's a look of utter bliss on his face. And this image pretty much sums up the themes of many of the superb songs on the record (all in English): Enjoying life to the fullest (maybe too much--see the catchy title cut) and pursuing relationships, even if everyone is very flawed and everything is in shambles around you. Songs of indulgence and excess (gotta get it all in before your time's up) include "One More Night in Rio" ("It's that marvelous city, where I lost myself/Can't sleep a minute, I fear being left on the shelf") and the magnificent mini-epic of never-ending partying in "God Knows" ("Where are the pills that kill the pain?/Why do I smell like a dog?"). The sweetly sincere trad ska tune "Ain't Enough Flowers" ("...to show how much I care") is countered by the more sour (but musically cheery) I-can't-do-anything-to-please-you "Rain Is Falling," and the stomping album opener "Better Man," about opposites attracting, but not enough for them to go the distance ("If I am Russia, you're the CIA/If you're the mountain, I'm the beach holiday"). Other notable tracks are the wonderful deejay clash-like boasting in "Rookie," a moody cover of the "Theme de Fantômas" (from the 1960s French TV and film series about a blue-masked criminal mastermind), and an incredible plea for empathy for migrants/refugees/less-fortunate fellow human beings told from the points of view of the human trafficker, refugee, and town resident in "Safe and Sound": "Should I be afraid that my paradise might change?/Better take the first step that strangers are no longer strange/'Cause I know there are other people running after a dream/Just need to know there's somebody to listen/And I hope you will be safe and sound on the other side of the street/And I hope that this never happens to you." In short, live your life to the extreme, but never lose your humanity.

And more reviews are TK.