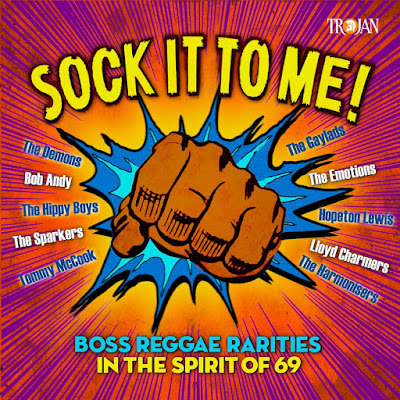 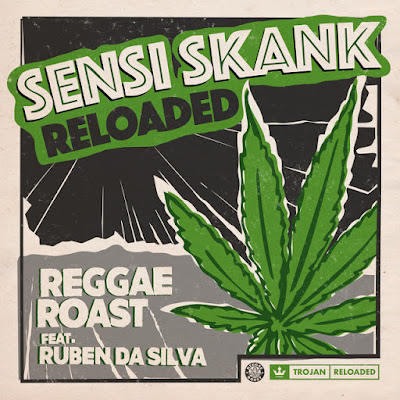 As part of its "Spirit of '69" campaign marking the 50 years since a slew of their skinhead reggae singles conquered the British charts--think of top 10 hits like Desmond Dekker and The Aces' "Israelites" and "It Mek," Harry J All Stars' "Liquidator," The Upsetters' "Return of Django," and Jimmy Cliff's "Wonderful World, Beautiful People" ('69 also saw the launch of their excellent series of Tighten Up compilations), Trojan Records has released Sock It To Me: Boss Reggae Rarities In The Spirit Of 69 (CD/LP, Trojan Records, 2019; the CD contains 13 more tracks than the LP) a collection of hard-to-find skinhead reggae tracks that surprisingly have not reissued by this king of reissues since they first saw the light of the day back in 1969. One might assume that these cuts were buried in the vaults for reasons of quality control, but most of the songs are good-to-great, pleasant mid-tempo head-nodders, though not exactly the pulse-raising dance floor stompers promised on the compilation's packaging. Having said that, notable tracks on the LP include The Sparkers' "Israel" (which could be about Masada: "In a bunch, Lord/Them tried to kill dem/Some of dem, Lord/Don't need a gun, yeah/But never broke/Before Bad-a-lon"); The Impersonators' hauntingly plaintive "I've Tried Before"; Hopeton Lewis and The Sexy Girls' slack "Sexy Woman" ("Go on woman, let them wreck your pum pum/All you need is a big fat man"); Tommy McCook and The Supersonics' instrumental "Shangul" (AKA "Shange The Whipman"); Lloyd Charmers and The Hippy Boys "Long About Now" (which Harry Belafonte first recorded in 1962; Charmers' produced a version for Bruce Ruffin and obviously recorded his own take, too); and Anonymously Yours' defunkified skinhead reggae take on The Isley Brothers' "It's Your Thing."  Liner notes to shed some light on/give some context to the makers and origins of these songs would have been a big plus (who was involved with Anonymously Yours and how did Hopeton Lewis come to record a rude reggae track?).

One of the more intriguing aspects of Trojan's 50th anniversary last year was the introduction of a new imprint, Trojan Reloaded, whose mission is to release new and current reggae (The Duff Guide to ska reviewed their first single here). So far, this label has focused on one of the UK's top sound systems--Reggae Roast--and dancehall (as opposed to other reggae sounds). The latest physical release from Trojan Reloaded is "Sensi Skank Reloaded" (10" vinyl EP, Trojan Reloaded, 2019), which revisits/remixes Reggae Roast's 2011 digital hit--a hymn to ganja: "Babylon want to take my herb/It can't keep my herb, oh no!" Both the original and remixed versions are new to me--I have to admit to being partial to the former (it has a deeper, more powerful groove to it)--but I'm sure dancehall fans will jump at the chance to have this on vinyl.