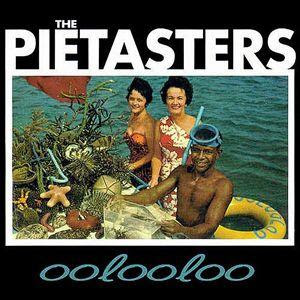 Fans of 1990s ska should be sure to check out The 3rd Wave Ska Preservation Society Vinyl Reissue Project. It's a Kickstarter thingy put together by Asbestos Records and Underground Communiqué Records, the labels behind the amazing Ska is Dead 7" of the Month Club.

The plan is to reissue The Pietasters' Oolooloo, the Pilers' Pilfers, Edna's Goldfish's Before You Knew Better, and Suburban Legends' Rump Shaker all on vinyl, as the title of the project might suggest. (Since vinyl wasn't especially popular during the 3rd Wave, these records--with the exception of Before You Knew Better, which was released on VOR Records/Grover in Germany in the late 90s--have never been issued on wax.)

The 3rd Wave Ska Preservation Society Vinyl Reissue Project has already exceeded its $8,000 goal (though you can still make a pledge and receive one or all of these records), but now they're hoping to hit $12k by January 18, 2012--and if they do, anyone who pledges $20 or more will receive a free, bonus 7" from "one of the best bands in ska today."

Backers of The 3rd Wave Ska Preservation Society Vinyl Reissue Project should expect to receive their records this spring.
Posted by Steve from Moon at 9:24 PM

a Message to all you Rudies. Boycott all Live Nation Shows at the Gramercy theater in NYC! Don't Give a dime to these right wing Cocaine drug dealing scum who support the Nazi tea party.

Live nation and the Gramercy theater are the Enemy of NYC Ska. Boycott them! - Spread the word!