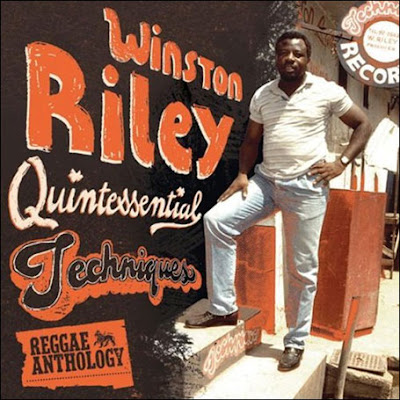 Reggae singer, composer, and producer Winston Riley, who had been shot in the head last November in Kingston, JA, died from his wounds at age 65 on January 19, 2012. (No motive is known for the shooting and the Jamaican police have made no arrests in this case.)

In 1964, Riley founded the ska/rocksteady group The Techniques (the group included Slim Smith, Pat Kelly, and Junior Menz), which recorded for Duke Reid's Treasure Isle imprint. In 1968, the group parted from Reid and Riley and his brother formed his own Techniques label, which also produced and released successful sides for Johnny Osbourne, Alton Ellis, Dennis Alcapone, The Ethiopians, Horace Andy, The Viceroys, and more. But what launched Riley into the stratosphere in 1971 was the massive #1 UK hit he produced for Dave and Ansel Collins: the essential skinhead reggae cut "Double Barrel"--which was followed by the smash #7 UK hit "Monkey Spanner" in 1972.

Then Riley's co-written production of Ansel Collins' "Stalag 17" stormed the Jamaican charts in 1973 and would later become one of the most popular and enduring reggae riddims ever recorded (as essential as "Real Rock" and "Rockfort Rock")--with killer versions by Tenor Saw ("Ring the Alarm"), General Echo ("Arlene"), Sister Nancy ("Bam Bam"), and countless others.

We offer our sincerest condolences to Riley's family and friends.