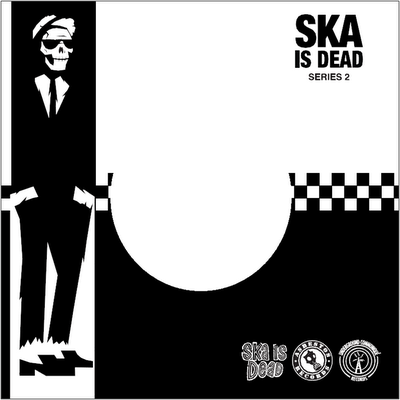 Issued in through a partnership with Asbestos Records and Underground Communique Records, the second volume will consist of a series of six 7" singles (three will be on color vinyl, three on black wax) featuring 12 bands. Fans who sign up with this club will receive two singles in three monthly installments, beginning this July.

While there has been no official announcement as to which bands are included this time round, according to The First Five, the hints they have received from the labels are: "Reunion bands. That Stubborn Guy. More international bands. Solo stuff from several members of The Slackers. A band who made a shit-ton of money via Kickstarter. Two of the bands from the UnderComm/Asbestos Kickstarter series."

In other words, something for every discerning ska fan.

This project is definitely worth supporting (I'm signing up) and if you don't have a turntable by now, what's your excuse?

a Message to all you Rudies. Boycott all Live Nation Shows at the Gramercy theater in NYC! Don't Give a dime to these right wing Cocaine drug dealing scum who support the Nazi tea party.

Live nation and the Gramercy theater are the Enemy of NYC Ska. Boycott them! - Spread the word!