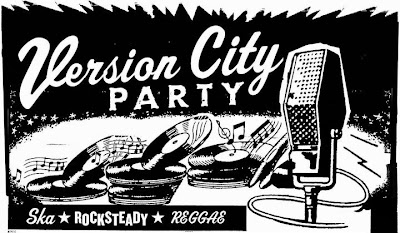 This winter, some of the best musicians on the US ska scene are banding together under King Django's Version City Party Tour and bringing the ska to the people. King Django, The Snails, and Matt MacLeod (of The Heavy Beat) will hit I-95 bound for the Sunshine State (with stops along the way). The VCP press release lays it all out:


By popular demand, New York’s long-standing Reggae, Rocksteady and Ska party (active in various forms since 1997) is taking it on the road for the first time. The “Version City” tour is a compact six-piece revue in three acts featuring diverse and fresh blends of Jamaican roots music--reggae, rocksteady, and ska--peppered with American rhythm & blues and soul. The show will open with a set from Matt MacLeod, soulful vocalist and keyboardist of The Heavy Beat, with backing from The Snails. Matt will then switch to bass for The Snails’ own set, fronted by the dynamic singer/guitarist Todd Fausnacht. For the finale, King Django will take the helm and lead the troop through a wide selection of material from his long and diverse career.

For a preview of each band's music, check out the Version City Party Tour SoundCloud page.