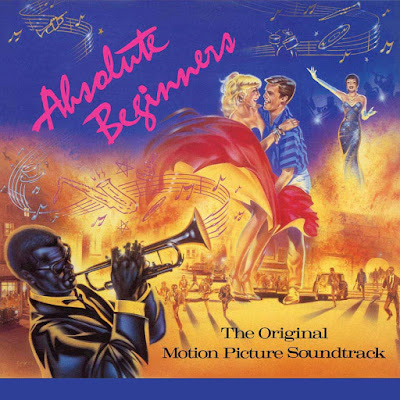 The soundtrack for "Absolute Beginners"--Julien Temple's 1986 film adaptation of Colin MacInnes' cult novel about teenagers and mod culture in late '50s London--is being reissued on July 17, 2020. What's particularly noteworthy for ska/reggae fans is that this soundtrack featured the first post-Special AKA recording by Jerry Dammers (the epic, jazzy "Riot City"), in addition to songs by Laurel Aitken ("Landlords and Tenants", which utilizes The Ethiopians' "Everything Crash" riddim) and Smiley Culture ("So What?").

The CD version of "Absolute Beginners" will include all 22 songs from the soundtrack (the 1986, 1991, and 2010 editions were truncated) and the gatefold, double LP of the album will be available once again (previously, only certain runs of the 1986 LP were issued in this format).

While the film itself received mixed reviews, the soundtrack is excellent.

The track listing is below: