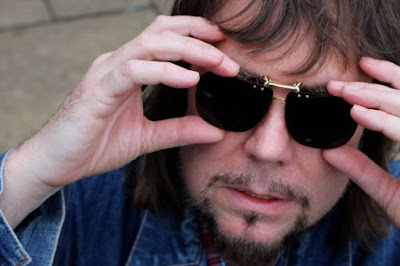 Details are scant, but according to a March 29, 2020 article in the British version of GQ, Jerry Dammers is in the midst of (finally!) recording a new album. This long read, titled "The Origins of The Specials’ ‘Ghost Town’ (and Why It Eerily Resonates Today)," provides an in-depth look into the political and economic circumstances that led to the widespread rioting in 1981 that occurred just as "Ghost Town" climbed to the #1 spot on the UK charts. But this piece pretty much buries the lede by leaving news of Dammers' forthcoming album to the very last paragraph:

"Jerry Dammers is in the middle – or thereabouts – of recording a new album, down in his studio in South London. He has hours of material “in the can”, as he says, but needs time to get it into shape. With all his DJing work cancelled for the time being, he is wisely using this period to try to finalise output he’s been tinkering with for years. “I’ll get there in the end,” he says. “I’m not a perfectionist but I want this to be good. I think it is good, but I want to give it my best shot. Once and for all.” I spoke to him for this article a few days ago and he is as disconcerted by the current crisis as all of us. Up until the lockdown he had been working late most nights, regularly seeing the crazies who still stalk the streets in the early hours in these desperate times and still freaked out by the desolation. “It’s quite spooky walking about at night. I would come back from the studio in the middle of the night and worryingly there would be the odd lunatics walking the streets. It’s only the most extreme people who appear to still be out there. It’s strange times.”"

What's most frustrating is the lack of any info regarding what this album might consist of--tracks Dammers recorded about a decade ago with Rico Rodriguez and Dick Cuthell or the Sun-Ra inspired free form jazz of The Spatial AKA Orchestra or something else entirely? Many fans want to know!

May Dammers use his time during the lockdown wisely and work expeditiously.