The Toasters at the Highline Ballroom in NYC this Sunday 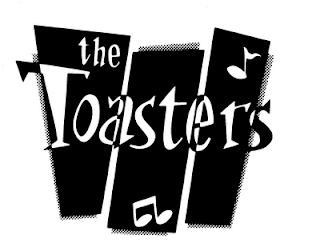 Here's a nice preview for The Toasters gig at the Highline Ballroom this Sunday (February 22) in The New Yorker, of all places:

Though the local group the Toasters never scored any major hits, they were a major influence on the American ska scene during the eighties, inspiring later successful acts like the Mighty Mighty Bosstones and No Doubt. The brainchild of the Brit expat vocalist Rob (Bucket) Hingley, the Toasters imbued their hiccupy Two Tone-inspired music with a distinctive New York sensibility. The ska-revival trend has long since moved on, but Hingley—he’s the band’s only remaining original member—and the Toasters still attract a loyal following.

This all-ages show, billed as "Ska Splash," starts at 6:30 pm and also features the NY Ska Jazz Ensemble, the Hub City Stompers, Westbound Train, and Across the Aisle.
Posted by Steve from Moon at 1:04 PM

Hey, this is Jake from Across The Aisle! Glad you covered this listing.

Get there at 6:30 sharp to catch us open this show.

Flyer
Facebook Event
Across The Aisle on Myspace
Discuss at NJSka.com
$15 Advance Tickets

I just gotta say that The Toasters' logo-created by hand in the pre-home computer age-is one of the best band logos out there...