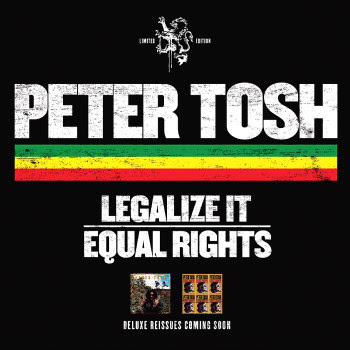 Sorry to be a bit MIA, Duff Guide to Ska readers. Last week, I was battling either severe allergies or a really bad cold--could have been either. All I know is that I felt like crap--and I barely made it through the bare minimum obligations of work and family. And now work has picked up significantly (which my wallet likes very much, thank you).

So here are a few bits and pieces to read--and I promise to grind up the writing machine that is I and I--and pump out some new album reviews, etc. soon!

- I had a very early and short window of time to hit Record Store Day on Saturday, so I hopped the express train to J&R Music and ended up being kind of repulsed by my fellow record-obsessed people. It was barely after the store had opened, and hordes of anxious middle-aged, pasty, C.H.U.D.-type people (plus a few indie-rock hipsters) were knocking over and stepping on merch to get their mitts on the limited-edition RSD vinyl. There was a giant crowd around a small bin in a cramped aisle that held the jumbled pile (yes, pile) of RSD vinyl singles. People who couldn't force their way to front were shouting out requests for different singles--and if someone found one (and didn't want it), they'd hand it out to the person. Part of my mission was to pick up the split Green Day/Husker Du orange single for my son (a rabid Green Day fan) and, through some miracle, someone found the last three and handed one to me (thank you, stranger!). The one ska/reggae Record Store Day release to be had was the Peter Tosh "Legalize It" b/w "Equal Rights" red vinyl single, which I bought (it sounds brilliant)--and I picked up new singles by The Cars and New York Dolls (never did see the split Ramones/Red Hot Chili Peppers single--those must have been snatched up within seconds).

- I'm psyched to see Big Audio Dynamite tonight with a crew that remembers them from the first time around (Marc Wasserman of Bigger Thomas, Roy Radics of The Rudie Crew, Sid Reitzfeld of the A-Kings/Thick as Thieves, and Mike D. of Sgt. Scagnetti). BAD received some terrific press from their Coachella performance in the LA Times (which notes that BAD was really quite groundbreaking--but strangely overlooked) and Huffington Post. Plus, Marco on the Bass has an excellent post up about the Mick Jones-Beat/General Public connection (Mick played guitar on GP's debut album, but then moved on to form Big Audio Dynamite).

Gotta run!
Posted by Steve from Moon at 3:58 PM