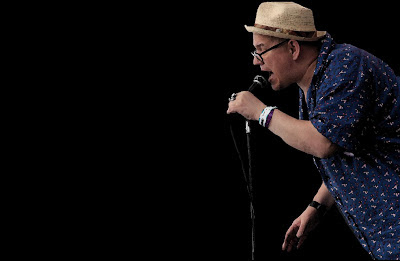 One thing we definitely have to look forward to in 2013 is the next album from King Hammond! Titled Hot Skin Music, this 20-track record ("a mix of bluebeat, skinhead reggae, country, and comedy") will be largely autobiographical and include the acoustic "The Life and Times of a Ska Man" (which is also the name of King Hammond's autobiography being written with Paul Willo, who wrote The Specials' biography, "You're Wondering Now: The Specials from Conception to Reunion").

Of note, the title track ("Hot Skin Music") will be released in two parts, with 7" and 12" mixes (what, are we in the 80s again?!). King Hammond (AKA Nick Welsh) describes is as "a kind of Donna Summer, Japan, funk, skinhead, Afro-rock track." With a description like that, I can't wait to hear it!

In other news, King Hammond's new live band is called The Spirit of '69, in a nod to the King's skinhead reggae roots (his previous backing band, Rude Boy Mafia, broke up when bassist Nick Welsh, Jr. moved to Canada).

(BTW, do you need to brush up on some of King Hammond's music? Check out his YouTube channel, King Hammond World, for dozens upon dozens of videos--most of them done by Paul Willo.)