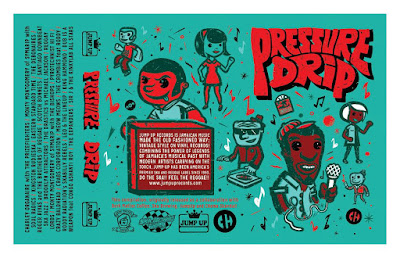 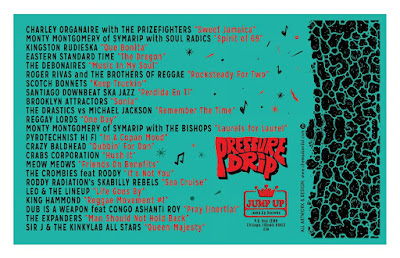 Over the past few years, I've been watching with some amusement as cassettes have been making a comeback, particularly in the indie rock scene (I'm also seeing loads more used cassettes for sale in second-hand record shops). Don't get me wrong, it's not out of audiophile snobbery or anything like that--more the recognition that everything in pop/music culture is cyclical. I was a teenager during the 1980s Walkman era and was grateful for a cheap, portable music format (and the ability to create my own mix tapes!) that allowed me to listen to Echo and the Bunnymen, The English Beat, The Clash, The Cars, The B-52s, and many other bands anytime and anywhere. Hell, I still have a fair number of New Wave and ska releases on cassette from the 80s and 90s that are stored under my bed!

And the cassette resurgence is now hitting the ska/reggae scene: I just reviewed my first cassette for The Duff Guide to Ska (see my review for the Flying Vipers' The Green Cassette here) and I'm very much looking forward to picking up Jump Up Records' upcoming cassette ska comp, Pressure Drip, which is being released, appropriately enough, on Cassette Store Day, October 17. 2015 (and will be available through Jump Up on that date).

This comp, released as a tie-in to promote Jump Up's and Dark Matter Coffee's "Pressure Drip" ska-themed coffee, boasts an incredible line-up of current Jump Up-related ska acts from all over the world (check out the track list on the cassette J-card to the right)! And marvel at CHema Skandal's always incredible artwork! At $7.00, this--obviously--is a great deal!

I still have my Fisher double-cassette deck from high school (!)--which is actually hooked up to my son's stereo--that will allow me to listen to this comp, but even if you don't have the gear to play Pressure Drip, it's still a highly-collectible ska release that you just may want in your collection...