Harry Pye at The Rebel Magazine has a wonderful tribute to Rico that includes remembrances of Rico performing with Jerry Dammers and his Spatial AKA Orchestra in 2010, as well as a gig Rico did at Gaz's Rockin' Blues in 2003 (and before Rico's set, the DJ played a recording of "First Victims of War," a new track by Jerry Dammers, Rico, Dick Cuthell, Horace Panter, and Lynval Golding that was intended to pick up where "Ghost Town" left off and lead to a full-on Specials reunion, with new material being written and performed; frustratingly, we all know how that didn't work out...).

In addition, Pye reminded me of something I had forgotten--that Ian Dury name-checked Rico on his 1979 hit, "Reasons to Be Cheerful, Part 3":

NME re-printed Jerry Dammers' phenomenal tribute to Rico, which he originally released via his Facebook page. Read it here, if you haven't already.

The always amazing John V. at Hoi Polloi! Skazine sent me this incredible interview by Stephanie Claman with Rico from the January 17, 1981 issue of Black Echoes (thank you, John!). It was done just prior to the release of That Man is Forward (2 Tone) and amongst many interesting things about Rico's career that are revealed is the fact that he left Jamaica for the UK in 1961 because he and Skatalites trumpet player Johnny Moore had started demanding more money for their recording session work (which was slave wages meager to begin with) and ended up being blackballed by Coxsone Dodd and Duke Reid.

My favorite quote from Rico is when explained why he didn't like playing standards for the tourists in the "uptown" spots in JA--he found it boring, particularly when compared to the vital music scene in Kingston:

"So I've always preferred to be in Kingston and hungry, than in Montego Bay and my belly full..."

With Rico, it was always about the music. 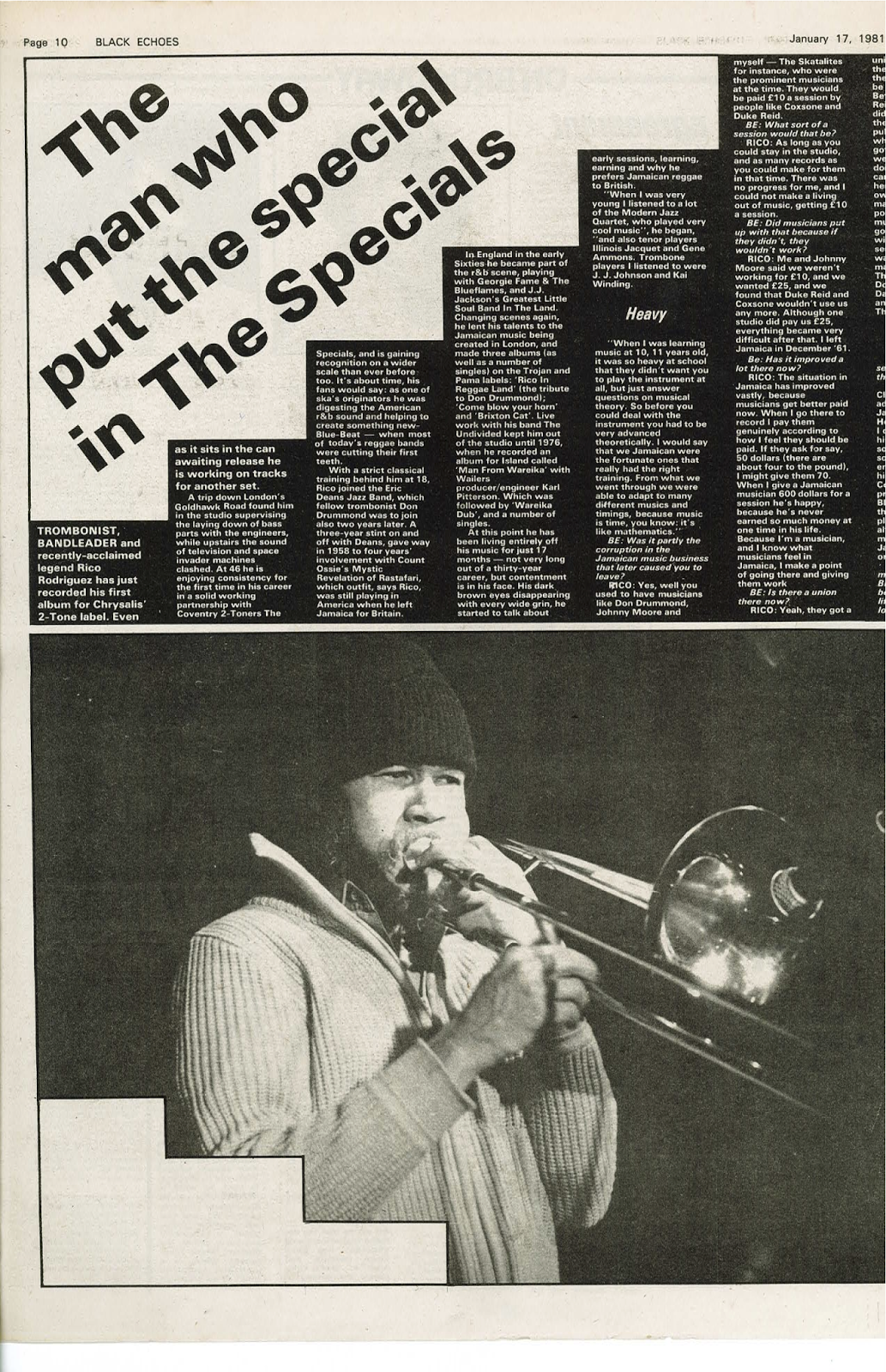