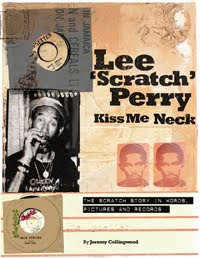 It's once again time for The Duff Guide to Ska's wrap-up of ska and reggae coverage in the latest issue of MOJO Magazine. The December 2010 issue contains a very positive four-star review of Jeremy Collingwood's book "Lee 'Scratch' Perry: Kiss Me Neck," which reviewer/reggae expert Dave Katz dubs "an indispensable guide to the iconoclastic producer's recorded output." There are few artists whose catalogue is as extensive and bewildering as Perry's, so this is a welcome development. (It should be noted that Collingwood provided the excellent liner notes for the recent Sound System Scratch dubplate comp from Pressure Sounds.) 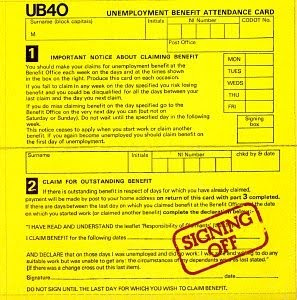 While the band is now more famous for its reggae covers, back in 1980 UB40 was revolutionary (in every sense of that word). MOJO reviewer Ian Harrison sets the scene: "they wore Fred Perrys and played strident, punky-attitude reggae slamming the Tories; truly, they were the 2 Tone band that never was. Signing Off--a reference to the old dole claim form that provided their name and debut's sleeve--has retained much of its fire, with songs railing at capitalist inhumanity, racism and the legacy of colonialism..." (Catch some videos I shot of UB40 performing several cuts from Signing Off at their recent NYC gig here.)

While we're on the topic of UB40's Signing Off, check out the excellent review of the album by Real Gone.
Posted by Steve from Moon at 4:20 PM