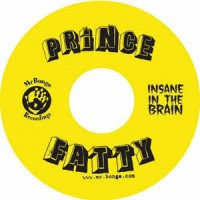 For anyone who hasn't been introduced to Prince Fatty yet, it's a reggae collective that was originally assembled by producer Mike Pelanconi (who, amongst other things, helped engineer Lily Allen's brilliant ska-reggae-pop confection Alright Still--check the credits and you'll find a certain Victor Axelrod on keys!) for recording a single, "Nina's Dance," to promote Stussy's 25th anniversary. Their one-off was a minor hit in the UK, so they decided to make a go of it as a group. Prince Fatty's debut, Survival of the Fattest (Rasa Music, 2008), was one of those left-field surprises that the a-hole, snobby music-nazi in me almost dismissed outright as some sort of pop perversion of reggae (the sticker on the album boasted that "Milk and Honey" had been featured on an episode of the sudsy, doctor make-out fest "Grey's Anatomy"--a definite turn-off).

Survival of the Fattest is full of sprightly and stunningly 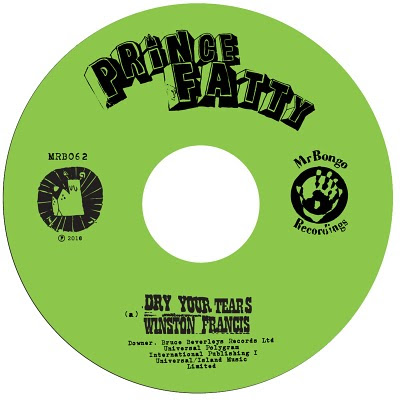 good original roots reggae that sounds like it's straight outta mid-Seventies JA. Of course, it helps to have incredible Jamaican greats like Winston Francis and Little Roy sharing duties on the mic (plus the fantastic Holly Cook, daughter of Sex Pistols drummer Paul Cook and member of the reformed Slits). The album is a mix of playful instrumentals like "The Fat Panther" and the Rico-inspired "Switch Blade"; soulfully uplifting, make-you-smile cuts such as "Curious" and "Don't Give Up"; the drop-dead, heart-thumping-in-your-throat sexy "Milk and Honey" with Hollie Cook on vocals; and the stoned and on the prowl "Gin and Juice" with Horseman toasting under the influence. If you don't already have this record in your collection, you really should.

"Insane in the Brain" is a maddeningly good cover that betters Cypress Hill's 1993 hip hop original (which was featured in the excellent Warren Beatty liberal political comedy "Bullworth"). Horseman's toasting is fast and furious and top-notch (note the whinnying at the start of the track!). You'll have a hard time knocking this one out of your noggin. The dub is a somewhat reworked version of the A side instrumental track--nice to have, but not essential.

On the bitter and defiant "Christopher Columbus," Little Roy plaintively sings, "Why did he go" to the New World and deliver such misery (enslaving the native peoples he encountered and opening the door for the horrific, genocidal slave trade between Africa and the Americas) and wreak such havoc (plundering the indigenous people of their riches and their land's natural resources): "Him go away and him come again/bring Babylon on ya/Him go away and him come again/but Natty wouldn't give up!" Little Roy originally wrote and recorded this superb track in the 70s--and it can be found on a 1998 collection of his singles compiled by Pressure Sounds on Tafari Earth Uprising, which is definitely worth tracking down. (The companion piece to Little Roy's "Christopher Columbus" might be The Toasters' "History Book," a ska tune written from the point of view of the Old World invaders: "South Devon pirates, buccaneers on the Panama coast/With a cargo of potatoes and Indian princes, but what they want the most/Is to fill that hold with Spanish gold and make proud their boast/That England will smile on their piracy while they drink Elizabeth's toast...Arab traders ply their weapons on the Africa shore/And hapless victims bound in chains on the galleon floor/That their blood may be spilled in the land of Brazil/And they'll see their hopes forlorn/History will be cruel as it uses its tools/To shame the New World more.")

The gorgeous rocksteady track "Dry Your Tears" is an ace cover of "Dry Up Your Tears," originally sung by Bruce Ruffin (of The Techniques). Winston Francis' captivating voice will seal the deal if you desire to seduce someone who's on the rebound ("I know he's done you wrong/It's a good thing I came along/To dry up your tears")--it's powerful stuff.

The Duff Guide to Ska Grade for "Christopher Columbus" b/w "Dry Your Tears": A

[These singles can be tracked down at Ernie B's Reggae.]

(Please note that there is one shot in the fan video for "Insane in the Brain" that is NSFW.)

Sean Flowerdew can give a better run down, but the history of "Prince Fatty" seems a little more complicated than the PR suggests. From what I can gather originally it was a project by two people from the Loafers (Nasser Bouzida and Trevor Harding), who alongside producer Mike Pelanconi recorded an album in 2005 ("The Best of Prince Fatty" on Anvil Records), but Pelanconi later cut the two out and put his name on the work. He then got a different group together under the name.

Thanks very much, Jon! I never knew there was this Loafers connection or an earlier incarnation of the band.