Santogold and the Beastie Boys: "Don't Play No Game That I Can't Win" 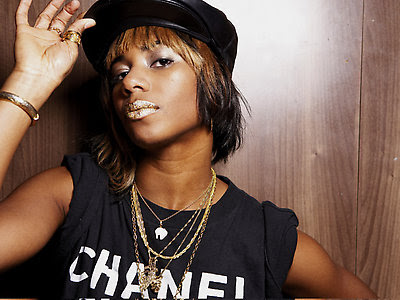 Editor's note: For some undisclosed reason, Blogger had some major issues behind the scenes and some posts from earlier this week were removed or lost. So, I'm re-posting this bit today...

Just have to call to attention my current obsession with the incredibly hypnotic new Santogold/Beastie Boys reggae collaboration "Don't Play No Game That I Can't Win"--off their Hot Sauce Committee Part Two. (They really should consider releasing this as a vinyl single--it more than deserves the high profile treatment.) Gotta love the Lee "Scratch" Perry-referencing dubby sax blast that heralds the start of the track (the Beasties are big Perry fans----I have an old copy of their "Grand Royal Magazine" that contains an extensive article covering Perry's extraordinary career and rating many of the releases from his mega-deep back catalogue). And Santogold (AKA Santi White) has one hell of a sultry alto voice that's perfectly designed for reggae and blows me away.

Here's hoping that the Beasties and Santogold team up for more version excursions...would it be too much to ask for an album's worth?

Not sure how many ska fans out there are aware of Santogold's amazing work with producer Diplo on Top Ranking Santo Gold a Diplo Dub, which came out a few years ago. But this crazy mash-up mix tape of sorts has a lot to like on it (ska, skinhead reggae, roots reggae, and dancehall, amongst other genres), including a stunning cover of The Clash's "Guns of Brixton" (retitled here as "Guns of Brooklyn").

That's a line from Bob Dylan's Subterranean Homesick Blues. There are quite a few lines from that song on Hot Sauce Committee part 2. One of the other lines is in 'Funky Donkey' "the pump don't work 'cause the vandals took the handles"

Thanks for pointing this out, Mister Charlie! I have to admit to not being that familiar with Bob Dylan's work, so I definitely appreciate knowing the source of that most excellent line.