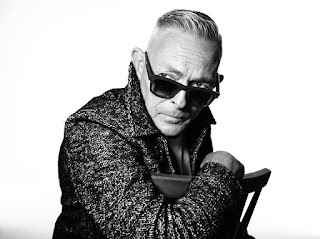 Absolutely devastating news comes today by way of the BBC, which is reporting that Specials drummer John Bradbury died last night (12/28/15) at age 62.

The band announced Bradbury's death via Twitter and has posted the following remembrance on The Specials' website:

"It is with deepest regret that we have to announce the very sad news that our much loved husband and father John "Brad" Bradbury passed away on Monday the 28th of December. Brad's drumming was the powerhouse behind The Specials and it was seen as a key part to the Two Tone sound.

He was much respected in the world of drumming and his style of reggae and ska was seen as genuinely ground breaking when The Specials first hit the charts in 1979. He was an integral part of The Specials reforming in 2008 and toured with them extensively up to the present day.

His contribution to the world of music can not be understated and he will much missed by family, friends and fans alike. It is the families sincerest wish that they are allowed the time to remember him privately."

Our deepest condolences go out to Bradbury's family, friends, and fans.

Email ThisBlogThis!Share to TwitterShare to FacebookShare to Pinterest
Labels: John Bradbury, The Special AKA, The Specials

I was lucky to catch the band playing live twice in Mexico city just this past March.(It is still incredible to realise "Brad" it is not anymore among us.)We had the chance to meet the band and had some interviews. (including one with Brad) he was really charming and funny. Of curse as well he was on real top form on performing.

A real lost for music and Ska
Sad news