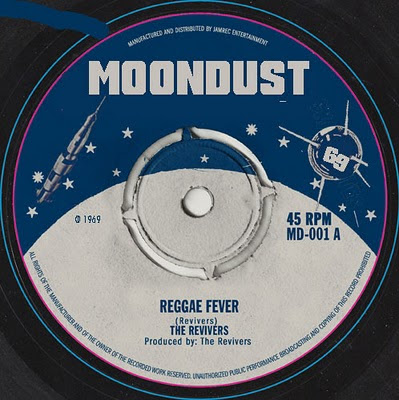 I think Jason Lawless may just be my new hero.

First of all, his whole new Reggae 69 Fan Club is simply brilliant (check out some of the details here). Essentially, a whole bunch of us ska and skinhead reggae fans made pledges in various amounts to the Reggae 69 Fan Club through Kickstarter and Jason is using these funds to print up the series of six exclusive, limited-edition vinyl singles (featuring Ocean 11 w/Queen P & Malik of The Bullets, Queen P & The Apologies, the Irie Beats, The Bullets, Roger Rivas, The Revivers, and The Impalers, amongst others), plus pins, stickers, patches, posters, and more. The cool thing is, if you don't have a lot of disposable income in these down-and-out times, you can still participate and have Jason send you a nice care package from the club; should you have a little more change weighing down your pocket, your Reggae 69 box can be considerably heavier...

For someone like myself whose love of vinyl 45s has been re-kindled in the last year or so (there have been a slew of really good ska singles recently, including a bunch from the Ska is Dead 7" series), Reggae 69 is a freakin' dream come true!

Now comes word from Jason that Reggae 69 Fan Club and its new imprint Moondust Records have just struck a deal to re-issue four Laurel Aitken skinhead reggae-era tracks on two double-A sided singles: "Reggae 69" b/w "Big Fight In Hell Stadium" and "Apollo 12 (Skinhead Invasion)" b/w "Moon Rock"! (Listen to these cuts via the videos posted below.) As a huge Laurel Aitken fan, I'm particularly thrilled by this development. I've had the honor and pleasure of knowing and working with Laurel (during my stint at Moon Ska Records) and he really was the best--an incredibly gifted songwriter, musician, and performer, and a true gentleman.

So, you may be asking yourself, why is The Duff Guide to Ska pushing this club if the pledge period is over? Well, even though the project is fully funded, you can still join the Reggae 69 Fan Club to enjoy the fruits of Jason Lawless' labor (he'll just print up more copies of everything)!

Jason's got it goin' on!