2012: The Year in Ska - Chuck Wren (Jump Up Records/Jamaican Oldies Weekend/Everything Off Beat)

Editor's Note: As the end of the calendar year sneaks up on me--as it always does, since the fall is always so damn busy!--I always scramble around to put together my "best of" lists of the ska singles, albums, reissues, books, etc. that I really enjoyed over the past year and want to highlight for all the ska fans out there. But I also thought it might be interesting to feature some other opinions, so I approached a diverse group of ska musicians, bloggers, DJs, and label heads to find out what their favorite ska things were in 2012. And thus the "2012: The Year in Ska" series was born! Thanks to everyone who is taking the time to participate--I really appreciate it! 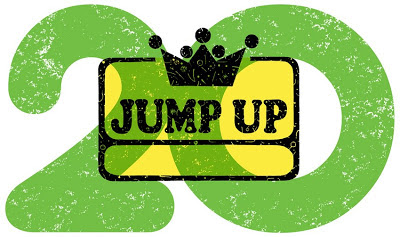 Chuck Wren operates the continuously amazing Jump Up Records (celebrating its 20th anniversary in 2013!); is the host of the “Everything Off Beat” ska radio show broadcast on Sundays at 9 PM on WLUW-FM 88.7 in Chicago; and is behind the Jamaican Oldies Weekend, which brings 60s Jamaican musicians (backed by current Midwest ska bands) to perform  in Chicago.

I will have to break it up into two categories--non-Jump Up Records first:


1) Magic Touch Shocks of Lightning CD/LP (Grover) – Fantastic 60s ska and rock steady sounds from a German band that originally formed to back Jamaican legends. This second album really sees the band get in the groove!

3) Maddie Ruthless with The Forthrights and Friends CD (Ska In The World) – A fine release indeed! Great to have a powerful female voice inna the scene. "Sammy Kay was here."

4) Babylove and The Van Dangos Let It Come Let It Go CD/LP (Pork Pie/Grover) – This Danish band really amazes me. Everyone should own one of their records, if not all three. Super soulful neo-traditional ska, very 60’s very modern, and the band is so TIGHT.

5) The Caroloregians Fat Is Back CD/LP (Do The Dog/Grover) – 'Nuff said. These Belgian cats can do no wrong. F.U.N.K.Y. reggae and soul.

And I can’t say enough about three new bands we were honored to put out on Jump Up Records:

1) The Fundamentals Get Alright CD/LP – We did the wax and Stomp did the CD, which is quite fitting since they hail from Montreal! From the first time I heard this band I was hooked. Soulful harmonies, great female backing vocals, and a band that plays ska/reggae that’s equal parts Jamaican and neo-trad. Something for everyone on this album.

2) Count Kutu and The Balmers 10” – Many people, including the band themselves, were confused why I was so excited about working with this relatively unknown band. From what I saw on YouTube…it was my mission. Super authentic Jamaican rural calypso and mento from the Philippines. They have Jamaican accents, yet they sing in Tagalog. Their instruments are acoustic and include a rhumba box. Released on out 78rpm-looking 10” vinyl series. One of our proudest moments as a label!

Jamaican Oldies Weekend in Chicago. Period. Why the hell weren’t you there? You must be a fool! Stranger Cole was magnetic, so full of life! The Prizefighters backed him perfectly, and the Patsy parts were done so authentically by Whitney. The hits were amazing:"Run Joe," "Ruff and Tuff," "Artibella," "When You Call My Name," and "Hey Hey Hey Baby." The night before, an all-star band made up of members from Green Room Rockers, Drop Steady, plus Anthony from The Drastics brought out some of Pat Kelly’s best soul rocksteady gems like "Queen Majesty," "Dark Side of the Street," and "I Wish It Would Rain." We built a Tumblr page linking some of the live footage to guilt all you people that did not go: http://jumpuprecords.tumblr.com/.

Used vinyl. Can’t list that as it's mostly what I buy. The list would be an entire page and then some. Whenever I leave town on "vacations," all I do is hit record shops in small towns and big cities…the wife finally has gotten used to it! Beside that, this year Soul Jazz released two killer Jamaican art books--one for 45 labels and another for reggae album covers. Save up your bucks and get these. Pretty proud of my Lee Scratch Perry bobble head that was released in Japan, designed by Archer Prewitt. Gary Bushell’s "Dance Craze--Rude Boys On The Road!" is a nice read, it’s a “on the scene” account of the first 2 Tone tours. Also been recently collecting vintage sheet music as it looks great framed. My Jimmy Cliff "Wonderful World, Beautiful People" copy is on my wall at home.

Honestly, nothing comes to mind really. Well, if this counts--I regret that most Chicago ska fans blew off Jamaican Oldies Weekend! We had an excellent turnout, but practically none of the "ska regulars" who go see The Slackers, Aggrolites, Deal’s Gone Bad, etc. came to the shows. I am beginning to think most of those people are not true fans of Jamaican music! It’s not easy to fly in artists from Jamaica, get a venue to invest, have bands practice months and months to learn the music. We put on a top-notch event and most people missed it. Yeah, I am a bit sore. Once again, a bunch of out-of-towners outshine the Chicago "scene." Tisk tisk! The next Jamaican Oldies Weekend is Friday, March 1st and Saturday March 2nd with Eric Monty Morris and Roy Paton and Yvonne Harrison duets. Time to represent!

Gotta make my "International Ska All Stars" tour of the USA happen! Tommy Tornado and Mr. T Bone backed by the Moon Invaders/Caroloregians across the USA! I’d settle for Dr. Ring Ding to come back! Would be nice if we can get some more MJARocker cuts and another live performance from The Drastics. Their Halloween gig was AMAZING.