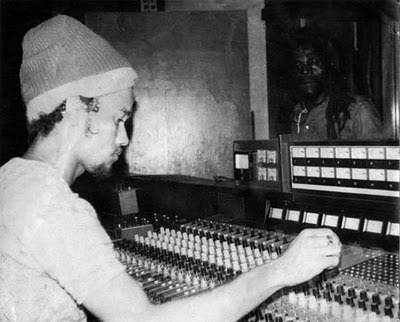 Does it really mean anything to write "stop the presses" on a blog in this day and age? Anyway, the latest from Sean Flowerdew is that legendary reggae producer and record label owner Clive Chin will be joining the extraordinary ranks of DJs (Gaz Mayall, Tommy Rock-A-Shacka, Rhoda Dakar, Mark Lamarr, Felix Hall, etc.) at the 2011 London International Ska Festival. Here's some very relevant background from Sean:

Chin first rose to prominence by producing a record for a classmate Horace Swaby, a.k.a. Augustus Pablo. This record, "Java," became a slow burning international sensation with its Eastern motif played on the melodica. LPs followed, namely This Is Augustus Pablo and Java Java Dub, which elaborated on the rhythmic achievements of the single. Another of his biggest hits on the British National Chart was "Fatty Bum, Bum" by Carl Malcolm. Ultimately, these halcyon days came to an abrupt end in 1978, as the Chin family closed shop and relocated to New York, where the record operation was renamed V.P. Records, today, the largest reggae distributor in North America. In 2007 VP Records started an imprint 17 North Parade to reissue some of the historic Randy's releases.

Clive Chin is now celebrating Randy's Record label 50th anniversary, by taking his music to the world. He has recently completed tours of China, Japan, USA and we are honoured to now be bringing a true Jamaican legend to the UK for The London Intl Ska Festival.

Sean also has provided some excellent info about Tommy Rock-A-Shacka, who may be lesser-known to some Westerners:

Minoru Tomita better known as 'Tommy Rock-A-Shacka' is one of the founders of the legendary Rock-A-Shacka/ Far East Records label. Working closely with his partner in crime Masaya ‘Pirates 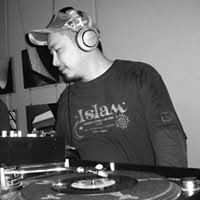 Choice’ Hayashi (founder of Drum And Bass Records) in Japan, together have built a reputation collecting, releasing and also producing material for the masses.

Over the years, Tommy has collaborated with many Jamaican artists and producers, and as a team have released material from the likes of the late great Alton Ellis, Stranger Cole, Prince Buster, Sonia Pottinger, and Glen Brown, to name but a few.

Tommy is considered to be one of the biggest collectors of Jamaican music in Japan, and a leading figure amongst the Japanese revival scene. He has a frightening collection of rare singles and possibly the biggest Merritone, Top Deck, Prince Buster catalogue known to man. Having dj'd all over the world including the UK, Germany, Austria, Los Angeles, Mexico, we are delighted to be bring the man from Far East -Tommy Rock-A-Shacka to The London Intl Ska Festival.