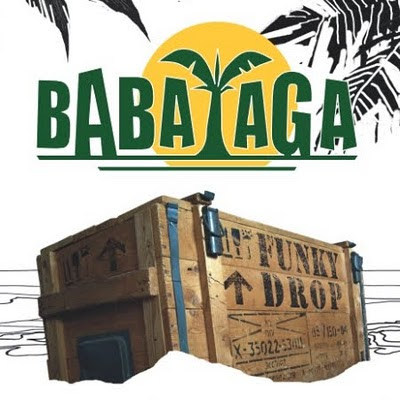 For the unfamiliar, the German ska band Babayaga is like the very gifted but hyperactive love child that would result if it were possible to mate The Toasters with The Busters. (For the non-Russians, Poles, and Hellboy fans out there, Baba Yaga is a witch-like character from Slavic folklore, who is sometimes depicted as a reluctant source of wisdom for those on quests, but in other tales is a kidnapper--and possible eater--of children.) Babayaga's brass-heavy, super-charged modern ska sound (with dashes of reggae, jazz, and Latin upping the amperage) is supremely infectious, highly-danceable, and all-out good fun. On their splendid third album Funky Drop, you'll find a mix of fine instrumentals (like "I Am A Train" and "Sweet") and a slew of cuts that will have you singing along loudly to their choruses.

Despite their country's often harsh and dreary climate--and like so many of their German ska predecessors (No Sports, Dr. Ring Ding & The Senior Allstars, El Bosso und die Ping Pongs, Blechreiz, The Frits, The Braces, The Butlers, etc.)--Babayaga write what seems like a surprising number of upbeat, carefree, good times songs (don't they have seasonal affective disorder there?). A prime example of this is the sunshine-y and catchy "Mellow Mood" ("I'm in a mellow mood/that I can dance and touch your face"), with its lovely three-part harmonies. "Funky Drop" isn't funky reggae, but a great ska tune, nonetheless ("You don't have to do anything/except dance and sing to the Funky Drop"). "Yesterday Night" is a driving ska-soul tune that has the singer urging his girlfriend not to ruin the good thing they have going--and to "forget what happened yesterday night." Babayaga's jazzier roots show on the smooth, non-Sicilian sounding instrumental "Mafia."

The tone of the album shifts a little with the more aggro, frenzied, and insistent kiss off "You Better Go" (the object of their scorn is even ejected from their gig!), as well as their public disdain for flower children in "Hippie." The mournful reggae cut "Motherless Child" references Joe Higgs' extraordinary "There's a Reward" (found on Life of Contradiction--read The Duff Guide to Ska review here); this is the original lyric: "Sometimes I feel like a motherless child/You know no one cares for me/I've never known sympathy." While most of the tracks on Funky Drop are in English, there is the salsa tune "Dos Alemanes Muertos" (Spanish for "Two Dead Germans") and two ska songs in German, "Der Traurige Clown" ("The Sad Clown") and "Sommawaso."

Those seeking ska's musical enlightenment should definitely stop by Babayaga's chicken leg cabin for the fantastic sounds found on their Funky Drop.

The Duff Guide to Ska Grade: A
Posted by Steve from Moon at 10:55 AM